by Animals In Human Attire 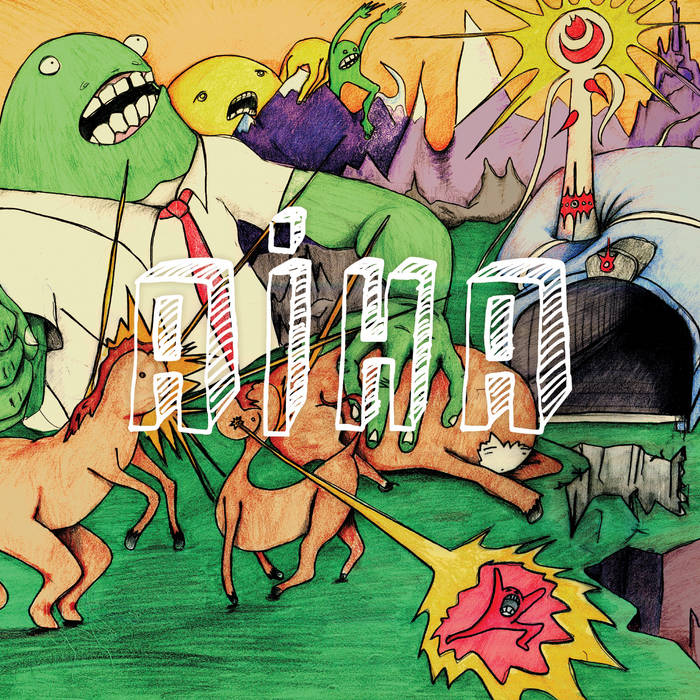 The arrival of Ourmegadawn has been a long time coming. Despite frequent appearances in Riverwest and the general Milwaukee area, Ourmegadawn is the first proper album since Animals In Human Attire's 2011 self-titled outing.

Members of the band spread their talents amongst various local acts (including The Lousy Trouts, Myles Coyne & The Rusty Nickel Band, The Zelda Routine, Soul Low, and Conundrum), but this specific arrangement of BREADKING frequenters drives a particular sound with vocals by Jack Tell steering the ensemble.

Beyond all else, Ourmegadawn is fun. It's eight tracks of head-bobbing, folk-informed indie rock, and like all things BREADKING, Animals In Human Attire takes a punk approach to the whole album.

A note from AIHA:

I speak for all of us when I say how great it feels to finally have this album released. It's been an incredible learning experience and an incredibly crazy time thus far. We thank the following...

A special thanks to the moon and gravity (without it, this would have been a lot harder to accomplish), Han Solo, Guitar Solos, Luke Skywalker, early Weezer, THE CITY OF MILWAUKEE!!! Our neighbors and everyone who's ever played at our house or came to a show, all of our close friends, family and everyone else who has given us support over the years. Your love means everything to us.

Charlie Tell, Micheal Tell and Peter Tell, thank you for being my little bros and our biggest supporters of all. You're the best.

Mine All Mine Records Madison

MINE ALL MINE RECORDS: Music from Wisconsin and around the world! Sometimes booking shows in Madison.

Bandcamp Daily  your guide to the world of Bandcamp

Featured sounds from Fly Lo and Ahmed Idris, plus Mother Nature hops on to drop off new project